Between Richmond Rd and Carling Ave, just east of where they intersect. Also

For some inexplicable the bus stop opposite on Richmond Rd is known as “Richmond Plaza” by OC Transpo.

Regardless, they seem to think it refers to this Plaza, but it doesn’t.

Below, the former Town and Country Motel for which the Plaza was named: 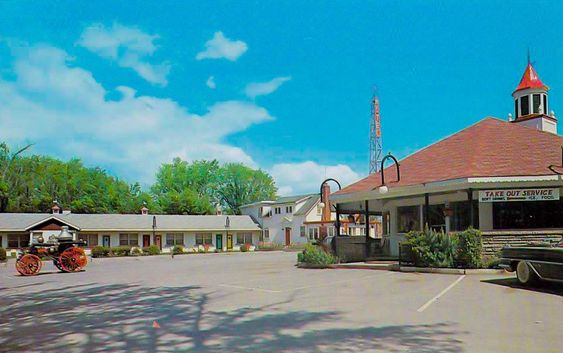 October 24, 1983: Attempted robbery by man who did calisthenics while waiting.

February 29, 1984: Robbed by a masked man (Danny Lindsy) with a handgun. Eventually he is caught and confesses to multiple crimes.

1992 – 1996: Camellia Indian Buffet. Presumably in the location of the former Jade Dragon Palace.