Humber Street ran parallel to Britannia Rd from the Ottawa River to the CPR railway line (see map below), although which sections were actively used varied over time. For the most part it seems to have functioned as a back lane for the houses of the east side of Britannia Rd.

The most well used section, and the only one that seems to have ever had buildings identified as being on Humber St, was the section from Rowatt to Cassels.

Even then, the Fresh Air Cottage is listed in directories as being on Main St (ie Britannia Rd) rather than either Humber St or Cassels even though that is the intersection where it actually stood.

Equally St Bonaventure Church is always given as being on Main St even though technically it was at the corner of Humber and Jamieson. Aerial photos from 1935 and 1958 show no other buildings as ever having been on Humber, except as per below.

The 1912 map does not name Humber, and there is almost no record of it ever existing. We do not know when it started being known as a street, but apparently it was accepted as one by the City of Ottawa when it annexed Britannia in 1950.

This is the only address on Humber known to have existed and been recognized as being on Humber, even though it was actually set back quite some distance from the road itself.

According to long time Britannia residents Alan Bruce and Beverly Brown this was the residence of William J. Tayor, a groundskeeper for the Metropolitan Electric Company property. 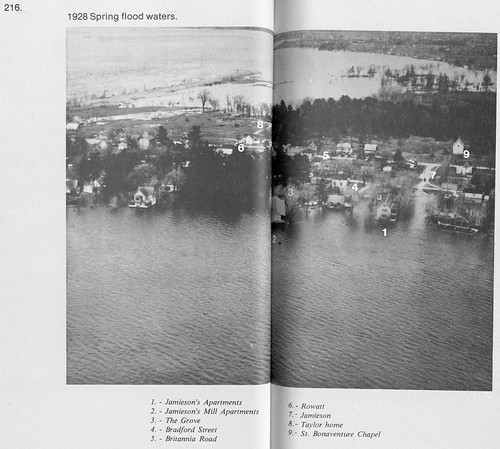 This photo from Ottawa’s Britannia confirms that this was in fact the Taylor home.

William J. Tayor was also the father of Eva Taylor, co-author of Ottawa’s Britannia. Directories indicate that they resided with a Charles Taylor, carpenter.

Long time residents recall this as the home of the Pelletier’s or Dooley’s. We know for sure that in 1961 the residents included Richard Pelletier, his mother Mrs Hector Dooley, and Hector Dooley.

Marty LaHaise recalls two sons, Richard, and a younger one known as “Sonny”. So apparently Mr Pelletier had died, or they divorced, or other, and Mrs Pelletier remarried. We don’t know if the Pelletier family ever lived there before the remarriage, or whether they came to live there after the marriage to Hector Dooley.

In Sept 1953 a 17 year old Richard Pelletier of “Rowatt St” had a severe diving accident at Britannia Pier. This is almost certainly the same Richard Pelletier & the Rowatt St address is actually the old Taylor residence, it being at what would be the corner of Humber and Rowatt.

In May, 1961 there was great excitement in Britannia as five bullets were fired through the front window of 85 Humber St late one night, apparently as a warning, or perhaps even attempt on the life of Richard Pelletier. 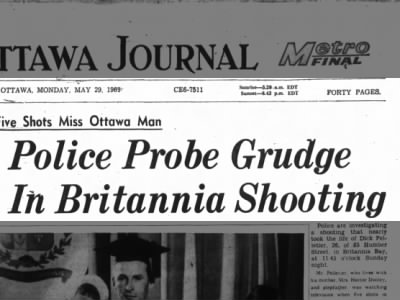 Richard seems to have been something of a wild one in his youth, going to jail for a break and enter in 1960, and an assault in 1965. After that the only record of him is as getting married in Toronto in 1970, so hopefully he got all of that out of his system and it worked out in the end.

No more is known about the Dooley’s or Pelletier’s. Presumably the house was demolished by 19 Mar 1971 when the City of Ottawa announced the closing of Humber Street.