There is no question that Lorne Hyman Greene (born Lyon Himan ‘Chaim’ Green) was famous. The problem is that he probably never actually resided in Britannia, despite all of the hearsay to the contrary.

Born in 1915 Greene was the only child of shoemaker Daniel and his wife Dora Green, who had emigrated from Russia in approximately 1911.  The Ottawa Directories for 1915, 1916, and 1923 (ie when Lorne was a child) do not list those Green(e)s as Britannia residents. There is a Peter Greene on Regina from at least 1913 to 1916, but he is gone in 1923, and as far as we know he was no relation to Lorne Greene’s family. 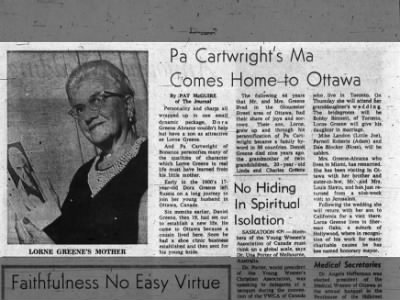 However, in 1915 on there is a shoemaker Daniel Green listed, with a shop at 74 Queen St and a house at 61 Ottawa (in LeBreton Flats, demolished in the 1960s, see here). In the 1965 article above it states that Lorne’s parents Daniel and Dora lived in that neighbourhood for 44 years, ie until 1955.

Lorne’s father operated the Capital Shoe Clinic on Bank St and later had his own manufacturing business. Clearly his was a quality product as the Frieman’s Stores advertised “Daniel Green” designs from the 1940s well into the 1960s.

Another article about Lorne in 1955 lists his parents as living at 25 Greenview in Britannia ie they moved from Centretown to Britannia in 1955, shortly after Daniel retired in 1953.  Lorne was already living in Toronto, and shortly after that he would permanently leave Canada for Hollywood. 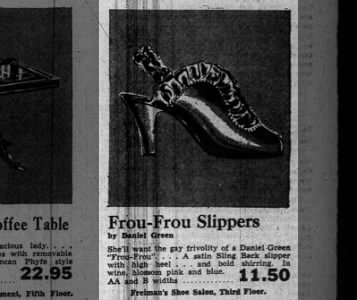 Daniel Green died the following year in 1956. Lorne’s mother Dora later remarried and moved to Miami. So his parents did live in Britannia briefly, but not while Lorne was living in Ottawa.

Lisgar Collegiate lists Lorne as an alumni, which is consistent with living in Centretown. We know he attended Queens University and returned to Ottawa to work for the CBC and CKOY, and hence lived in the area for the next decade or so, but where exactly is not known. There is certainly nothing to suggest it was in or near Britannia.

Of course his parents did live here, so there is always the possibility that the offer was made  “Why don’t you use the old cottage until you find a place?” But given that Britannia was in the “Boonies” it’s even more likely that it played out as “You can use your old room until you find a place, stay as long as you like.” Regardless, it’s all conjecture.

In 2005 the City of Ottawa renamed the north section of Greenview (orignally Park St) as “Lorne Green Way” because “the actor Lorne Greene resided on the street before leaving for Hollywood.“

Except this statement is an undocumented claim on a petition by residents of the south section who are opposing having their section renamed. The City does not seem to have made any effort to verify the claim, and there is no source provided other than the claim of the petition.

In the Britannia Facebook Group Martin LaHaise states that growing up he was told that Lorne Greene had been raised in Britannia. He recalls that his father and older brother delivered ice to the family and they claimed to have known them personally. This would have been in the 1930s at the latest.

Clearly the Greens did not reside in Britannia, but it is quite possible that the family owned or sometimes rented a cottage in Britannia when Lorne Green was young. That would explain both the persistent claims of Lorne having lived here, and the subsequent decision by his parents to retire here.

This Flikr page alleges to show Lorne’s childhood home on Greenview, but as discussed above, he grew up in Centretown, not Britannia. However, the house is number 295, which a typo would easily turn into the “25 Greenview” Lorne’s parents were alleged to live at in The Ottawa Journal article. 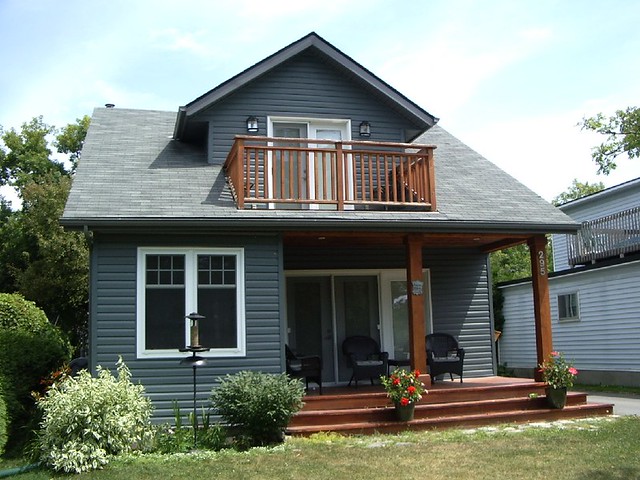 A commenter on the Flickr picture writes “I spoke with Lorne Greene’s son. This is not Lorne’s childhood home but a cottage owned by Lorne’s parents.“

That would explain Martin LaHaise‘s memory of his father delivering ice to the Green’s even though they lived downtown, why people thought Lorne Greene lived in Britannia, and the reason Daniel and Dora moved here when Daniel retired. This has not been documented, but given the various other facts it seems highly likely that this is the explanation.

In fact around the turn of the century many families summered in Britannia, ie the “cottage” was more of a summer home than what we know understand to be a cottage. The street car made this particularly viable for Britannia as the bread winner could commute to work downtown with ease. As such it is possible that at least as a child Lorne “lived” in Britannia for the summers.

All in all it seems that Lorne Greene himself never actually resided in Britannia, but would have spent some time here, particularly in the summer.

So Lorne Greene was not an actual Britannian per se; “Britannia Lite” maybe?

UPDATE: More recently accessible information (see clippings below) show the Greene’s senior did own the property 1919 – 1957. The cottage was built c. 1913.Save