Originally Britannia Road was “Main Street” from just NW of Howe St to Cassels St, and is probably the oldest road in Britannia as it connected the river and lumber mills with the railroad. For a time it would have been the only road, and when a name was needed it took the name that every main street seems to get, viz “Main Street.”

The section between Howe and Carling Ave was christened “Louis Ave” by Louis Poulin in his 1904 development plan for Loma Park, but this section existed before that. While the most traffic from the Village would have been to the railway, and hence the city or points west, there was also a need to get up to the Richmond Rd, and later March Road (Carling Ave).

First there was the blacksmith at the Old Forge, as important a resource as you could get in the day. Later the Methodist Church, Mosgrove School, and Post Office were all on Britannia Heights, never mind the Mosgrove Vinyards. Then there was neighbouring farms and communities which people would travel to from time to time, such as Richmond and South March.

There was a road connecting the Village to the Richmond Rd, but what it was called prior to 1904 I have not been able to determine. It may well have been “Britannia Road” since it was the road that led to Britannia, but then it could equally have been something like ‘the Forge Road’ since it led to the forge, or simply referred to as Main St since it was an extension of Main St.

As stated, about 1904 Louis Poulin named the upper section ‘Louis Ave’ as part of his sub-division of Loma Park ie upper Britannia. Regardless, the full length from Cassels to Carling Ave was renamed as Britannia Rd when Britannia became part of the City of Ottawa in 1950; see  A street by any other name.

For the south section between Carling and Howe John LeBreton Ross had proposed the name “Britannia Street” in 1879, but this was never implemented. The decision to name the full length “Britannia Road” may have been based on the 1873 sub-divison plan by J. McAmmond who proposed renaming the then “Main St” as “Britannia Rd.”1

Not to be confused with the “Britannia Road” in Gatineau, Quebec (later “Turnpike Road”, now Hwy 148) which connected Philomen Wright’s Chaudière Farm to what is now Hull. Britannia Street or Rue de Britannia in Gatineau is almost certainly a remnant of this historic road.

A sidewalk from Carling to Howe was constructed in 1962

Built c. 1908 by the Murphy brothers for their sister Emma G. Murphy who was the first occupant.

Original building was built in 1909.

1999: An Ottawa Citizen ad for a Cablevision Installer 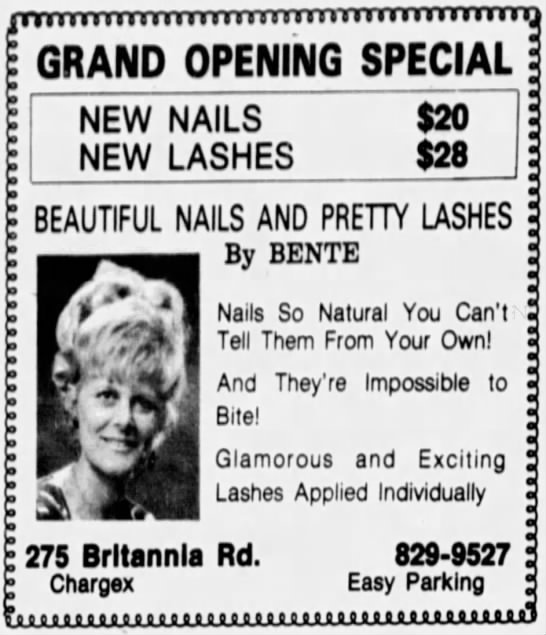